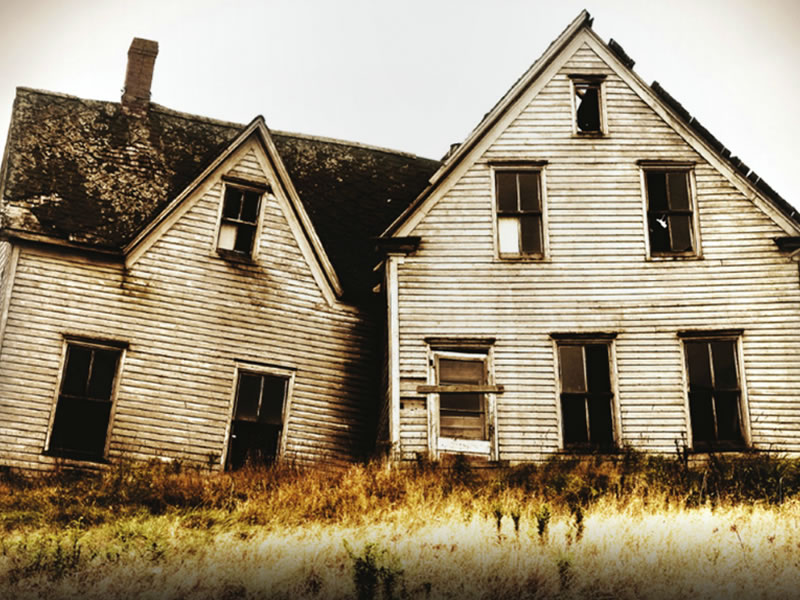 by Christopher Sullivan, Partner, Malcolm Hollis Martin Burns RICS, Head of ADR Research and Development.
It is a fact of life that disputes involving commercial and residential property will happen. When they do, the best thing parties to those disputes can hope for is quick resolution at minimum cost.

Fortunately, many disputes are settled before lawyers get involved and legal proceedings are issued. However, a significant number of disputes can escalate to legal proceedings, which are invariably slow and scarily formal. Litigation is also immensely expensive, and the financial costs can often outweigh the value of a claim.

One area where disputes are frequent is in respect of dilapidations. When a landlord receives a property back from a tenant he will naturally want to re-let it. He could possibly let the property in the condition and configuration he finds it in when he takes it back, and maybe offer a new tenant an inducement for taking it, and perhaps a schedule of condition. On the other hand, the landlord may undertake some work to ready the property for the market. This comes at a cost. Who is to pay? When leases end, and a landlord carries out works on the property before putting it back on the market, he may ask the former tenant to foot the bill. The landlord might issue a claim for damages, known as a dilapidations claim. This can be a recipe for a dispute.

It is evident that many surveyors who routinely practice in dilapidations have not been near a courtroom. It could be argued that this is testimony to their ability to prepare fair and reasoned claims, or that they are very good at defending claims by applying specialist expertise and compelling arguments to demonstrate that a claim is overstated.

Most dilapidations practitioners are RICS accredited and are very efficient at reaching good commercial settlements. If a claim is accurate, and both surveyors are suitably proficient in the official formalities relevant to these matters, then the claim can often be settled simply by exchanges of letters and a draft Scott Schedule.

However, it seems the number of dilapidations claims, and thus disputes, are likely to rise in the near future as a result of a number of factors.

First, changes in the commercial market have seen the length of leases shorten considerably. In the 1980s and 1990s a lease would typically be 25 years in length. The average now is just over 5 years. Shorter term leases will inevitably lead to increased numbers of deliberations about dilapidations, and ultimately
more disputes.

Thirdly, we are beginning to see the effects of a tightening of regulations concerned with CFC's used in air conditioning. A ban on certain refrigerant used in most systems that are 15 years old or more is resulting in requirements on landlords to replace whole systems, even those which are still working effectively.

Also, regulation in the form of the Minimum Energy Efficiency Standards (MEES), restricts the sale or letting of energy inefficient buildings. This is beginning to impact on the dilapidations sector because badly performing buildings now need to be significantly altered and improved to meet new minimum standards.

These issues are inevitably leading to a greater number of disputes, as parties grapple with market pressures and new legislation, and their influences on the dilapidations sector.

A dilapidations claim is to all intents an allegation of breach of contract and the costs element to it represents a claim in damages. It might be natural therefore to refer a dilapidations dispute to litigation. But it is not necessarily the case that dilapidations disputes lend themselves to resolution by legal process. Very often, the issues at the heart of dilapidations disputes are highly technical. They are thus ideal for a form of ADR that involves the appointment of a third party neutral who is a credible expert in this specialised field.

The rules which regulate the civil justice system, the Civil Procedure Rules, actively encourage parties to try and find solutions to their disputes without the need for intervention by the courts, and to consider and use ADR prior to embarking on substantive legal proceedings. There is an established pre action protocol for dilapidations along with RICS guidance. Both of these encourage ADR, and recent judgments have seen heavy costs penalties imposed for a failure by parties to reasonably consider and use ADR.

The Royal Institution of Chartered Surveyors (RICS) is leading the way in trying to help parties to resolve matters early, and reduce the numbers of dilapidations disputes going to court, by introducing a number of new measures.

Amongst other things, such as the imminent publication of an updated Dilapidations Guidance Note, RICS is encouraging parties to use a form of ADR called Independent Expert Determination to resolve disputes. A real benefit of this process is that the person who decides the dispute is a genuine expert in the field of dilapidations. This is important because subject matter expertise gives credibility to the process, and parties to a dispute can be confident that their expert will produce a fair and balanced determination.

Independent Expert determination, like any other ADR scheme is a consensual process. An Expert is required, naturally, to independent. In all other respects the process is adaptable.

He can be instructed by the parties to provide a neutral evaluation on the contractual claim, and/or assist negotiations and encourage settlement. If the parties are unable to reach a settlement an Expert can be instructed to provide an impartial and binding assessment of the diminution in value in the landlord's reversionary interest. This would establish a cap on the contractual claim, in accordance with the principles of Section 18 of the Landlord and Tenant Act 1927.

The parties could agree to be bound by a final and binding decision of their Expert at a fixed time after a lease has expired. In the scenario the Expert will normally invite representations from the parties, and make his own enquiries. The decision of the Expert will ultimately be a mix of his assessment of evidence and argument submitted by the parties, the results of his own investigations into the issues and the application of his personal expert knowledge on the
subject of dilapidations.

An agreement to use Independent Expert Determination, and the process the parties wish to follow, can be set out in the lease. Alternatively, parties can agree
to refer a matter to an Expert by ad hoc agreement once a dispute has crystallised. Note, however, that agreeing anything at a late stage in a dispute, such as a dispute resolution mechanism, can be a challenge.

Any party involved in a dilapidations dispute would be wise to seek early professional advice, particularly where the dispute appears to be fractious from the
outset and may be on the first steps to the courtroom. Using a form of ADR, such as Independent Expert Determination can result in significant savings in time and costs. If parties agree to use it, then a major obstacle to a quick resolution at minimum cost will have been overcome.

Writing Reports For Court. Some Guidance For The Aspiring Expert Witness.

What is Forensic Gait Analysis?

First Do No Harm: Complications and Complaints will Change Pelvic Floor Surgery Using Mesh Implants in 2015

The Advocate and the Expert in a Testamentary Capacity Claim

Developing Forensic Practitioners of the Future

Expert Engineers Plus? How Collaboration can Add Value

The Expert Witness in Adjudication

Digital Forensics and the Futuristic Scene-of-Crime

Alarming Cycle of Head Injury in the UK

“I’m Not Dead Yet!” Forensic Pathology in the Living.

Quantifying the Financial Effects of Termination

In Case You Wondered… How Case Law Informs Practice

Competition for Commercial Disputes Around the World

A Salutary Warning to the Expert

Art Buyer sues Christie’s for failing to do its homework

Lords inquiry says Forensic Science is Broken: Here’s How We Can Start to Fix it

Artifical DNA can Control Release of Active Ingredients from Drugs

Interim Injunctions - The Dangers of Being Trigger-happy